Waterline is presented as a six-channel video installation contained within three wooden constructions.

Each “construct” has two monitors embedded in it, one above another, separated by only a few inches. All three top monitors play footage that was shot through melting ice, while all three bottom monitors feature the video of the water dripping from the ice. 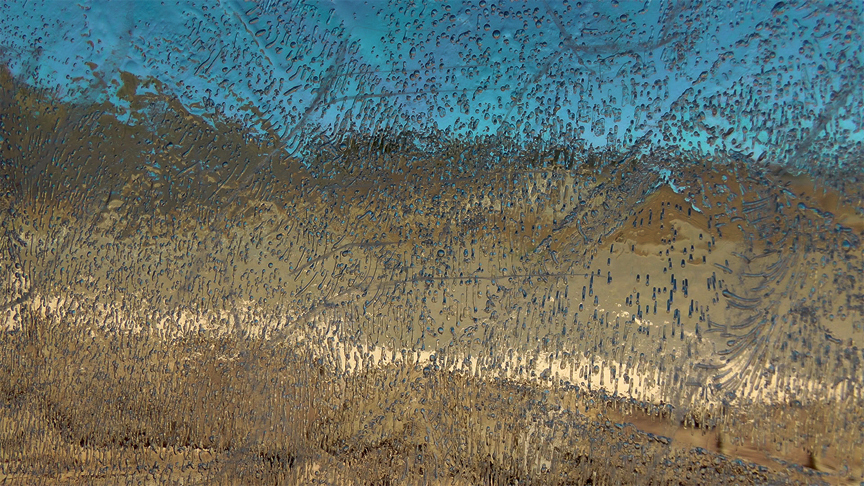 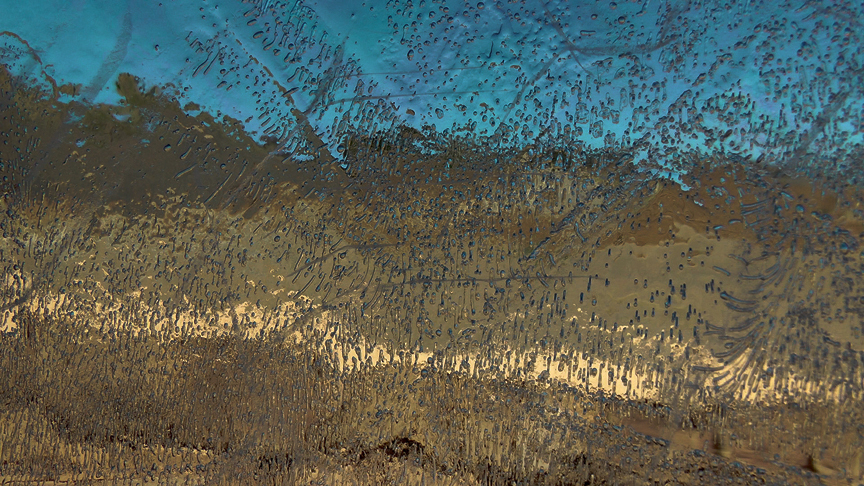 Project Statement
I place a melting sheet of ice between the video camera and the desert landscape so that the viewer might consider the relationship between the still and the moving image. I see this as a reconciliation between the past and the present: the irreparable and the pending.

By exploring the visual boundary between what is familiar and unrecognizable, I hope to offer an opportunity for reflection upon the impossibility of defining nature, despite the many layers of social constructions present in modern life.

Through the frozen lens, each landscape is introduced with the same glimmer of familiarity; however, as the layer between the camera and the scene grows thinner, new thresholds are revealed: the landscape that was gives way to the landscape that is.